After lots of twoing and froing on deciding how to to have a decent home NAS setup I decided to ditch the whole run one on a spare atx box idea and instead got an Iomega Home Network Drive. It has 2x250gb IDE drives in it. Now I plyed with it for 2 days and couldn’t get anything out of it apart from setting up the disks. I created shares etc but couldn’t access them, the ftp server wouldn’t start and the media streaming was next to useless, so in 2 days I didn’t manage to get a single file onto it.

So after some searching I found some opensource linux based firmware @ http://www.openprotium.org which took about 5 minutes to install and went without a hitch.

So far i’ve installed nano,apache2,modphp and twonkymedia although the later i’m still testing.

Next I have to find the best way of setting up raid 1 on it but so far i’m impressed. All this functionality from such a small unit can’t be sniffed at. 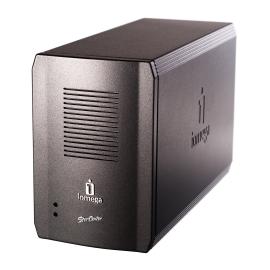 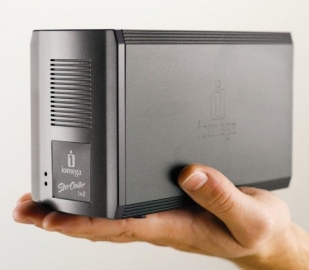